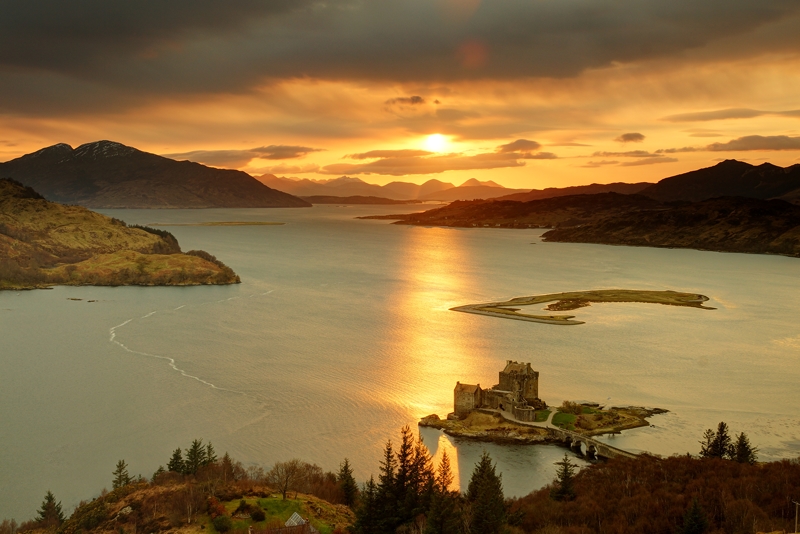 The mountains in the distance are the famous Cuillin ranges on the Isle of Skye. There are two different ranges– the Black Cuillins which are higher and consist of black and sharp gabbro which is a type of igneous rock, and the smoother and lower Red Cuillins which are formed of granite.

Myth tells that these mountain ranges were made when the Sun flung her spear into the ground. Where the spear landed, a huge blister appeared and the ground began to swell. Eventually the blister grew so big it burst and began to spew molten rock which became the Cuillin Mountains.