You are here: Home / About / Conchra Charitable Trust

Conchra Charitable Trust
Eilean Donan Castle is owned by the Conchra Charitable Trust. The principal activity of the Trust is the restoration and preservation of the castle and to allow public access to this unique visitor attraction. The Trust’s income is derived from entrance charges and associated visitor proceeds and from donations to the charity.

The MacRae-Gilstraps
The Trust was established in 1983 and the Trustees have personal and family connections with the castle and the area. Historically the MacRaes are hereditary constables of Eilean Donan Castle. Mrs Marigold MacRae is president of the Clan MacRae and her daughter Baroness Miranda Van Lynden is head of the MacRaes of Conchra. Major Alistair Stewart’s grandfather was Lt. Col. MacRae-Gilstrap who acquired and rebuilt the castle between 1912 and 1932.

Eilean Donan undoubtedly now represents the essence of a Scottish castle and its fame as a romantic castle image and tourism promotion over decades has confirmed and underpinned this image. Over recent years the Trust has implemented a programme of substantial improvements and developments, which it is hoped enable visitors to gain a richer experience in a beautiful setting of outstanding importance to the local area and the national heritage.

The 1996 season witnessed the opening of six furnished bedrooms on the third floor of the castle, which were renovated and decorated. In 1997 public access and road safety were improved by the redesigning of the A87 trunk road to incorporate a three lane access junction at the entrance to the castle. The existing car park was redesigned and extended at the same time as the Visitor Centre which now houses a gift shop and coffee shop. These improvements were completed in April 1998. 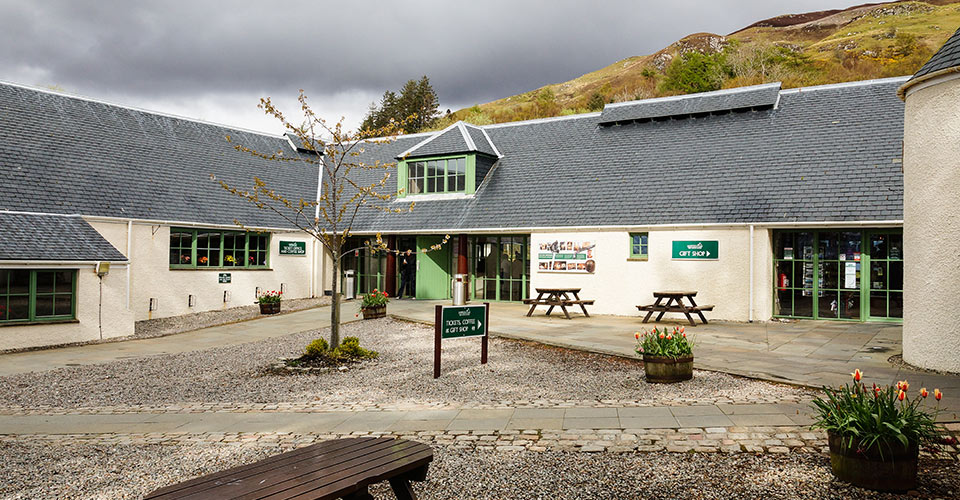 Exhibition
Also opened in early 1998 were the Introductory Exhibition and the Recreated 1930’s kitchen, interpretative presentations of outstanding quality. 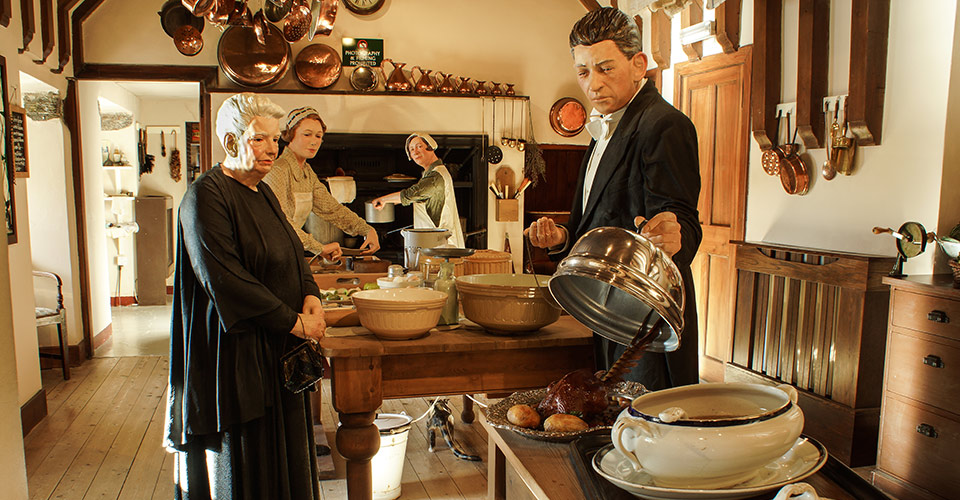 Kitchen
Simultaneously repairs and improvements to the castle buildings have been undertaken and these are ongoing, with the current work involving renewal of the roof and repointing of the walls of the South West wing. April 2000 marked the opening of the boarded walkway around the area to the bastion and well.

The main objective is to continue to preserve and enhance the building in a sound and historically accurate form. In time, further areas of the castle will be restored and opened to the public in order to extend the castle’s appeal and offer a better appreciation of the heritage of this unique cultural resource.