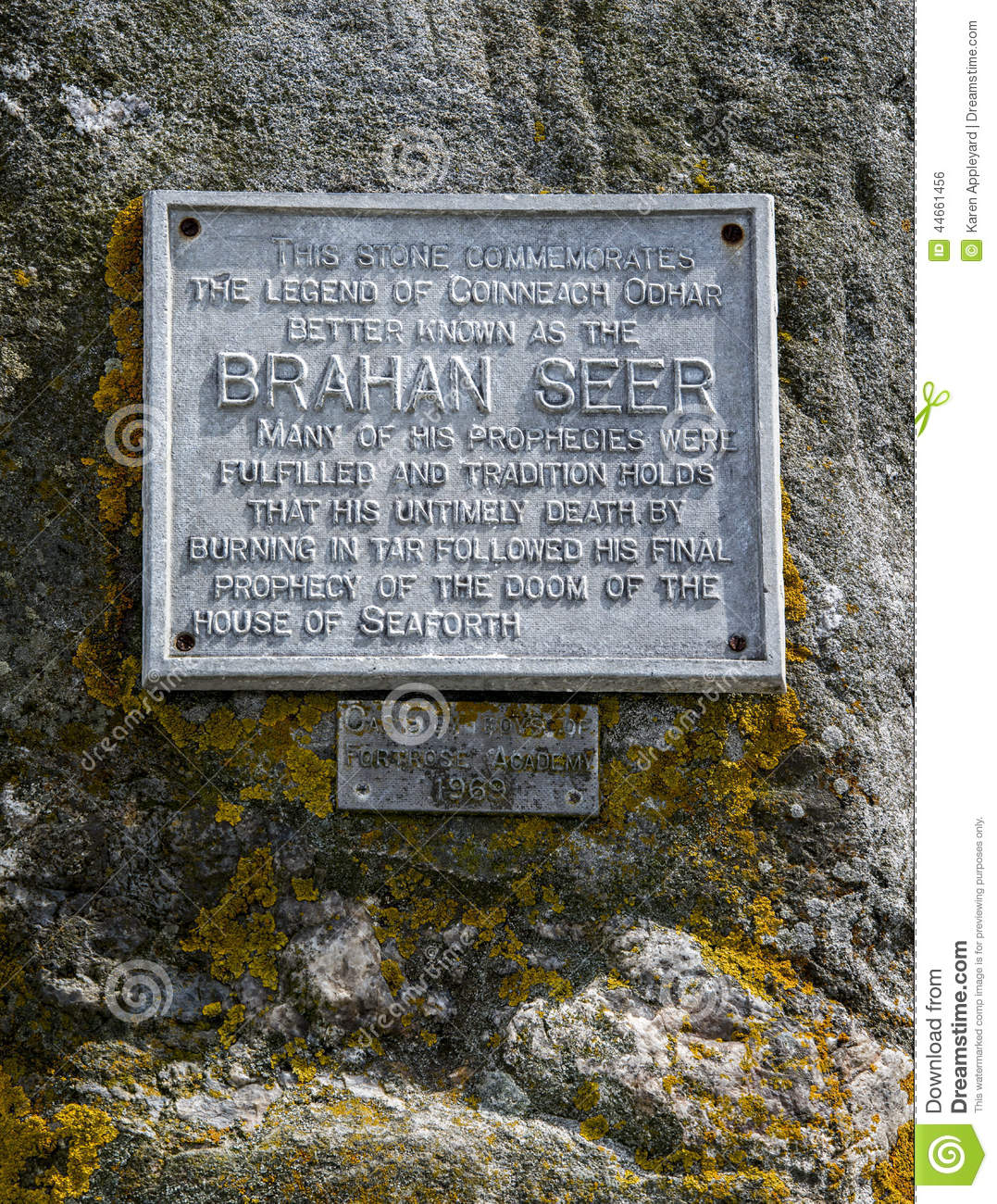 The Brahan Seer or Coineach Odhar was gifted with the second sight. He has often been called Scotland’s Nostradamus. Many of his prophecies have been fulfilled; many so impressive that they are still revered today throughout the Highlands of Scotland.

In the mid-17th century, Lady Isabella, Countess of Seaforth, was told by the Brahan Seer of the demise of the long-descended line of Seaforth. He predicted that the last chief would be both deaf and dumb and that he would have four sons, all of whom would die before him. There would then be no future chief of the Mackenzies that would rule over Brahan or Kintail.

This prediction was fulfilled as the “Last of the Seaforths” died in 1815. Lord Seaforth was deaf after having a severe attack of scarlet fever in his youth and, after the premature death of his sons, he also lost the ability to speak.